Some people are frequent cleaners, while others leave their carpets for months on end. But what if we were to tell you that both options leave a surprising amount of dirt hiding deep in your carpet?

The truth is, cleaning your carpet yourself – however often – simply doesn’t get deep enough. And the results are truly shocking. Back in the noughties, Richard and Judy treated two viewers to a closer look at what’s lurking within their carpets.

Both had their carpets deep cleaned, with dirty water collected from the cleaners and sent for analysis. This post looks at some of the shocking results when carpets aren’t cleaned professionally.

In the eye-opening carpet cleaning segment, Richard & Judy introduced two viewers – one who never had her carpet deep cleaned but invested in a good quality vacuum cleaner, and one who attempted to steam clean the carpets herself every six months or so.

Despite these attempts, both carpets produced a murky black sludge. From the off, you can see just how little a difference DIY cleaning makes. But it’s what the sludge contains that really highlights the importance of professional carpet cleaning.

Think your carpets are clean? Think again. Here’s just a taste of what analysts found within the cleaning water:

They also found enough pollen grains to fertilise an entire wildflower meadow. Yes, your carpets could be making your allergies worse all year round.

Next on the list was a bowl full of human skin. Why? On average, a family of four shed just over three pounds of skin cells in one room over the course of a year.

That skin doesn’t just fester – if only. It’s actually eaten by silverfish, dust mites, cheese mites and carpet beetles, allowing them to thrive. These creatures were all found in abundance in the two volunteers’ carpets.

Dirtier than the streets

This one-off analysis isn’t on its own. Research by Dr Schubert Pereira, Head of Technical Research at Rug Doctor, found that carpets in the UK are five times filthier than the streets. That’s not your quiet village street either – carpets were being compared to some of London’s busiest urban streets around Piccadilly Circus.

It’s simple. Leaving your carpets without professional cleaning for two years produces a massive two pounds of grease, dust, dirt, skin, hair and more, per square foot. That’s why Dr Pereira himself suggests having carpets deep cleaned once every three months, or at least once every six months as a bare minimum.

We're a local family run business owned by Allan Simmons Jnr with 30 years experience. If you're looking for clean, brighter and fresh smelling furnishings we guarantee your satisfaction or your money back. Connect with Allan on Linkedin >> 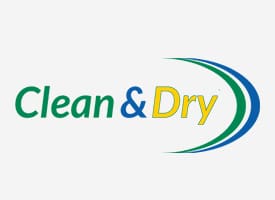 Our 'Coronavirus Reassurance Promise' to your household. 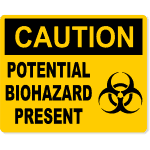